Questions To Never Ask A Guy! 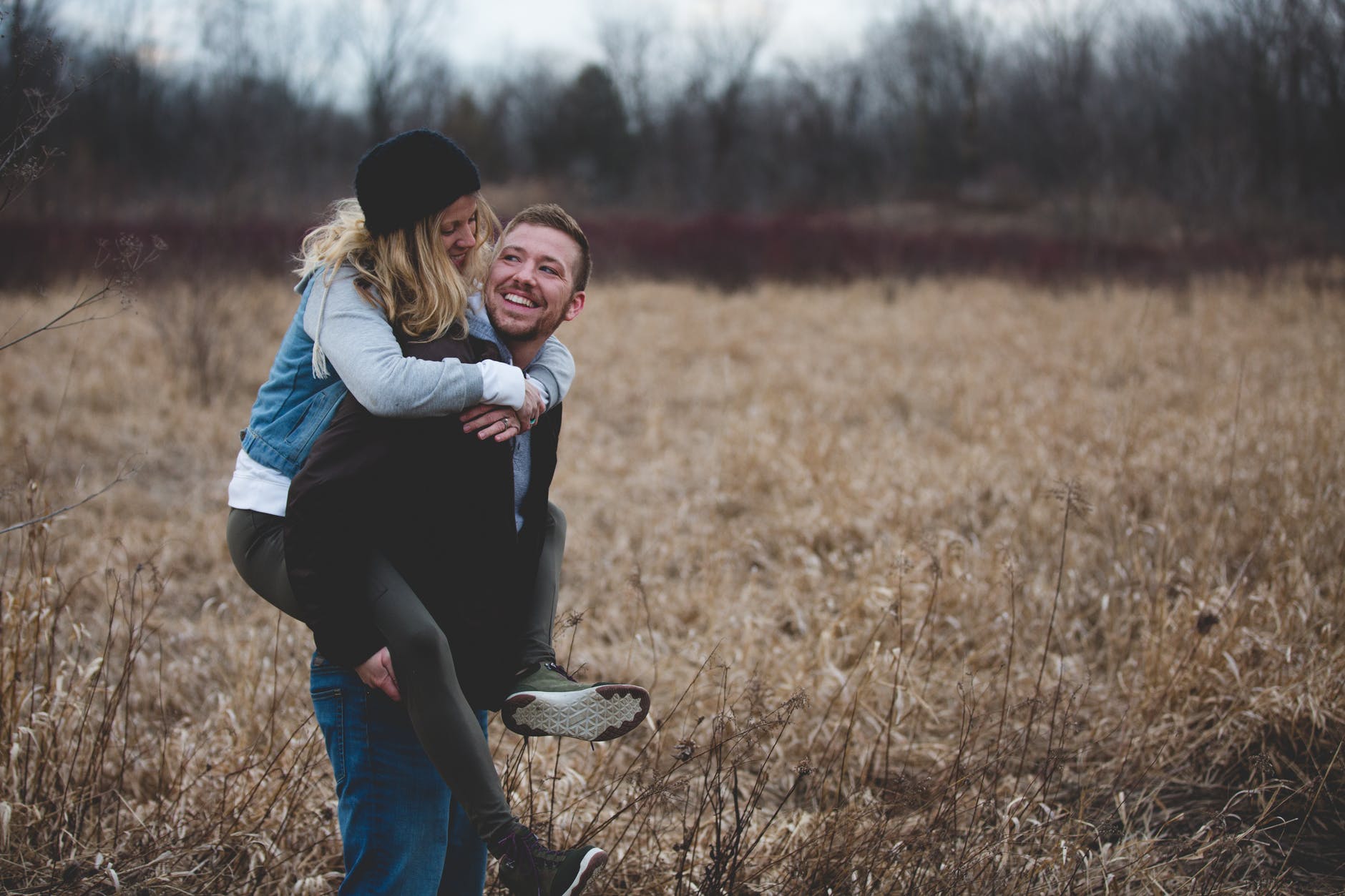 When thinking of questions to ask a guy what comes to mind?

Realistically, there is a ton of information on the right questions to ask a guy, but how about questions not to ask?

I’m going to do one better, and give you not only questions to NOT ask but them specific explanation behind why you shouldn’t ask them.

Words are an important thing, more important than a lot of people think. There are things that you should say to a guy, but there are a few things that definitely shouldn’t be said!

As you and a guy reach new relationship milestones and statuses it can be easy to get comfortable with someone. There are still some boundaries in what you can and can’t ask your man if you want to avoid as many problems as possible.

Whether it be a simple crush or your ultimate soulmate, I’ve put together a few important things you should avoid asking your man. No matter where you’re at in the stages of a relationship with a guy, think twice before you speak!

Questions to never ask your Crush

1. Where could you see us in five years?

Asking this is coming on WAY too strong! You don’t want your crush to feel trapped at all. This will only scare him off. This kind of question should be saved for him once you both agree that there is a future together. It’s okay to be quirky and try and spur a conversation, but try more neutral topics …. like his dog!

2. Where were you today?

This seems desperate and a little creepy. Of course your crush is on your mind all the time, but you don’t have to let him know that! One of the things that keeps a guy curious in the beginning of a relationship with a girl is wondering if she is as interested as him.

Just like girls love a brave and confident boy, the same goes for the guys! Confidence is key in relationships. Most arguments and issues in a relationship arise from someone becoming insecure. This question sounds like you are insecure about yourself, and can doom any chance you have with your cute crush!

4. Do you think that girl is beautiful?

Again, This kind of question just screams insecurity! The other issue with this is that by comparing yourself to another girl you draw attention away from yourself and onto other people. Try this. Ask him if he likes your new haircut or shirt. Try and get responses to questions about you and pay attention to those, because that’s what really matters.

This question is just plain boring. I know that a guy needs to like you for who you are, but when a guy is getting some early impressions of you then these kinds of questions will not spark his interest. Ask engaging questions that are easy to answer and get the two of you actually talking. Avoid these vague and aimless questions. The more interested you seem shows him you actually care about what he’s saying.

Guys tend to dislike a negative nancy. Nobody wants to get into a relationship with someone who complains about everything. This may make him think that you will be complaining about things in your relationship. Focus the conversations you have with him on something a little more positive, and odds are he will be a lot happier to be around you!

Like I said, a guy likes to know that he will maintain his freedom in a relationship. He wants to be able to do what he wants, so making up his mind for him will only make him feel trapped. You should be able to say what you want, but let him have his own opinion. Especially before you two are in a committed relationship too!

Questions to Never ask your Boyfriend

This can be a good or bad thing to a guy. The dreaded “We” in a relationship. If your man is completely head over heels for you then he may find this exciting and reassuring. However most guys like to maintain their freedom within a relationship. There’s a difference between dating someone and becoming the same person. See where he is at before you use any “We” kind of pronouns.

Don’t get me wrong. In a relationship you should care about your significant other and be there for them when they need you. Sometimes, however, people can be overbearing by assuming there is something wrong when in reality there isn’t. Asking “whats wrong” all the time will just further upset your guy, so try and be supportive but give them time to process their thoughts too!

3. Who’s more beautiful than me?

The first thing about this question that is bad is that you don’t actually want to know the answer to this question. It’s a trap and there is no right answer here. You just want to be validated, which again shows that you are being insecure. The other problem with this question is that you might get an actual response, and It could just offend you. Do yourself a favor, and keep the focus off of other women.

4. Were you flirting with her?

This is even worse than the last question. Now your insecurities have you to the point of assuming that he is acting on any thoughts he has of other women. When you don’t even know if he has those thoughts. This will do more than show him that you’re not very confident, but it shows him that you don’t trust him. When a guy feels like you don’t trust him it can keep you from

We all express our love for each other in unique ways. Maybe your man doesn’t show you his love in the same exact way that you show him yours, but that doesn’t mean that he doesn’t care. Give him a chance. Asking questions like this will only make him feel like he isn’t good enough. Try telling him what you want if he does something in a way you really don’t like. Otherwise, appreciate how he chooses to show you he cares about you.

6. Do you know how annoying your friends are?

Well if you think his friends are annoying enough to tell him, there are far better ways to say it. If what his friends do is something you can just ignore, then do your best to let that stuff go. Guys will be guys, and even if you can’t stand his friends, odds are, they were around before you. So don’t get in some tug-of-war match between him and his friends. Do your best to be yourself around them.

Questions to Never ask your Husband

1. Why is your sister so rude?

Maybe you’re married to a guy that hates his sister. But that is his sister. He has special rights to hate her, because at the same time he loves her too. You saying something negative like this about him not only hurts his feelings, but it also is an insult to yourself. When you marry someone then their family becomes yours. Be nice, and do your best to find the good things in his family. It will mean a lot to him in the long run.

If you have to ask if his mom doesn’t particularly love you … there may be a reason for it. Sisters are one thing, but a boys mom is the holy grail. Instead of asking him this, why don’t you spend your time building a better relationship with his mom. In no time you’ll be hearing all about how much she loves you from the hubby himself.

Can you not do this?

If something is upsetting you in a relationship the only good way to go about fixing it is by communicating. Use your words and tell them how you feel. Sarcastic questions like this imply that he is stupid and should have known better. It’s not fair, however, to expect him to know what you want if you don’t tell him what you want yourself.

Again, the sarcasm needs to stop. Sarcasm can be a great way to add humor, or a real good way to push away your man. Nobody wants to feel like they are not enough, and sarcasm is usually directed at a person in a way that devalues them. If there is something you want you should talk about it in a much more positive way. This question also makes it seem like what you want is impossible, but you’ll likely get what you want if you work together to find a solution!

Being sassy with these kinds of questions is just like an extra little jab that hurts them. I know you’re probably upset and want to get a good dig in, but there are much better ways to deal with frustration besides hurting the person you love. If there is a way to solve the problem, then work on it together. If not then go for a run or let off some steam in a way that won’t hurt him so bad.

Just a quick reminder. If you are married to someone then there is no doubt that they still love you. Even if they are mad at you, they still love you. Otherwise, you would probably know. If there are enough concerns to the point that you are asking this question, then you need to address a lot more than whether or not a person “loves you.” If intimacy is lacking, then try switching things up! Just don’t ask questions this crazy unless there is really a need to do so.