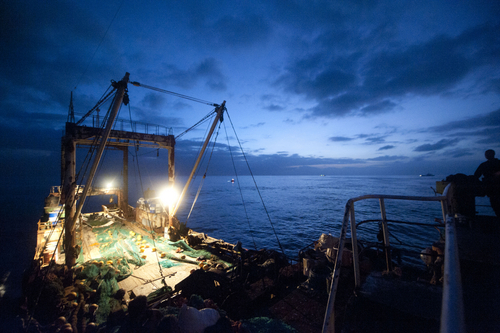 The second fastest rising economy of the world, Africa has been boasting a booming economy for quite a while now. The African economy mostly comprises of industry, trade, agriculture as well as human resources.

As per the market reports, the continent is forecasted to witness a rise in GDP by 6%+ annually between 2013 & 2023. The recent growth in the economic sphere of the continent can be credited to the increasing youth populace here as well as enhanced sales in services, commodity & manufacturing.

In 2018, a lot of African countries emerged to be some of the fastest economies in the world.

The post below offers a brief on the top 10 fastest growing economies in Africa.

The country’s economy mostly depends on its huge oil reserve and its oil revenues account for more than 50% of its total GDP. Added to petroleum, its other major natural resources comprise of gypsum & natural gas.

The country has been predicted to witness 8.5% economic growth in 2019 compared to 7.5% in 2018. It’s the booming industry sector in the nation which accounts for the rising economy scene in Ethiopia.

One of the main reasons behind the high rise in the economic sector in the country is its young populace which comprises of more than 50% of Rwanda’s total population. Another major factor that has contributed to this growth is improvement in 3 sectors- transportation, retail & wholesale as well as communication & information.

Moreover, the country is also rich in industrial minerals and even exports massive quantity of hydrocarbons. The booming real estate sector in the country is another major factor behind Ghana’s high growth in the economic sector.

The country is expected to witness around 7.0% economic growth in 2019. Ivory Coast represents the biggest economy across West African Economic & Monetary Union and it boasts 40 percent of total GDP of monetary union.

The major reasons behind Ivory Coast’s economic rise are its close alliance with France since 1960’s, diversification in agricultural exports as well as steady FDIs.

owth compared to most of the other African nations since independence. A chief contributor to it is possibly taxes on the export agriculture.

The chief industries that have contributed heavily to the economic growth in the country are financial services & trade, fishing and agriculture. Other major industries here include mining, food processing, textiles, chemicals, artificial fertilizer, refinement of imported petroleum as well as tourism.

Senegal is a principal exporter of cotton, fabrics, chemicals, calcium phosphate, groundnuts and of course fish. India represents the main foreign market for exports from Senegal, followed by the US, Italy & the UK.

The country’s economy is primarily based on revenues from the agrarian sector. Some of the principal cash crops of Tanzania are maize, cassava, sweet potato, beans and bananas.

However, the recent economic growth boasted by Tanzania can be largely credited to amazing developments in its communication, mining, construction, water supply as well as trade & repair industries.

The country’s economy is largely based on its subsistence agriculture, regional trade and cotton production. Cotton production & export in the country single-handedly constitutes 40 percent of its GDP.

Benin has shown a rising economic growth in recent times. Apart from agriculture & cotton export, the service sector has positively contributed to the booming economic state of the nation.

The country has been showing a steady economic growth since the 1990’s. Uganda represents a huge and diversified diaspora, residing mostly in the UK and the US.

It’s broad diaspora has immensely contributed to the economic growth of the country via remittances & other types of investments. The nation even acts as a major economic hub especially for its neighboring nations including South Sudan, Rwanda and Democratic Republic of the Congo.

The Kenyan economy earns most of its GDP from the services sector, followed by agriculture. Moreover, improvements in higher education, tourism, telecommunications and agriculture can be credited for the expansive economic scene here. It’s to note here the telecommunication as well as financial services sectors contribute to 62% GDP for the country.